There’s something to say about the two CADI classes that were a part of the Junior Achievement Company Program this semester. I had two companies, The Dub-V Band-its and The Dub-V Originals, each company started their own companies from scratch to liquidation (selling out). Each group had a marketing, sales, finance, purchasing and management department in their company. The split into groups and formed the companies and decided what type of merchandise they were going to brand and sell. In short these kids ran their own company in 12 weeks. 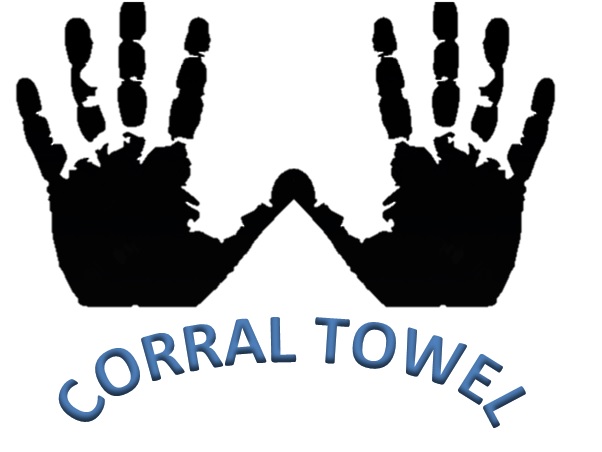 The Dub-V Band-its sold 900 wristbands and 500 were sold within 24 hours of being in stock. The Dub-V Originals sold 127 Rally towels by December 6th deadline and will continue to sell next semester.

25% of the Dub-V Band-its sales were being donated to The Caring Place. 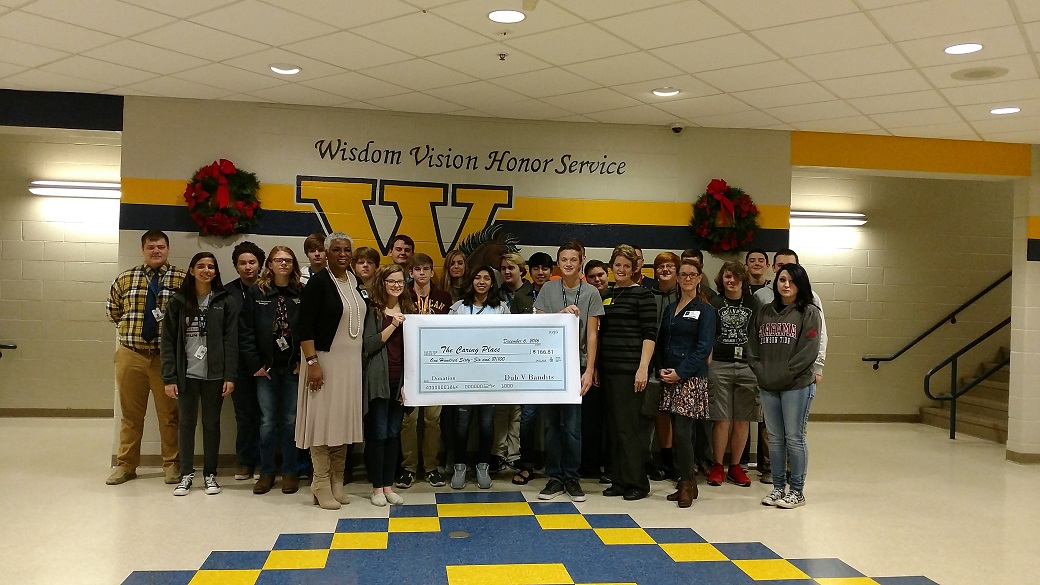 100% of the Dub-V Originals sales were being donated to a beloved Substitute here at Walker Valley, Ms. Mary Howard, that lost her dear home to a house fire. 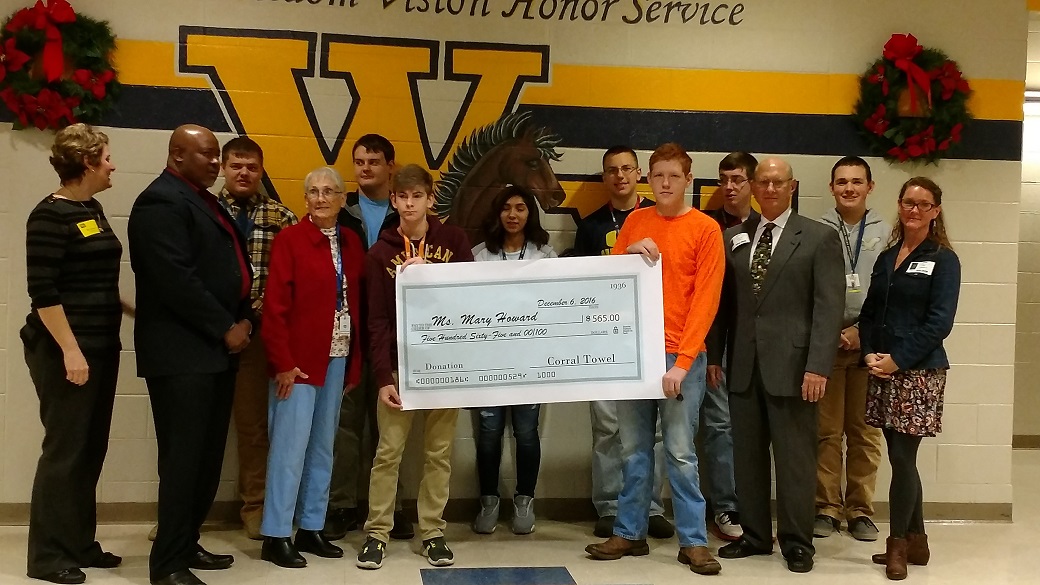 In addition to the Dub-V Band-its, 9 students, shown here, gave 100% of their earnings to Ms. Mary Howard. 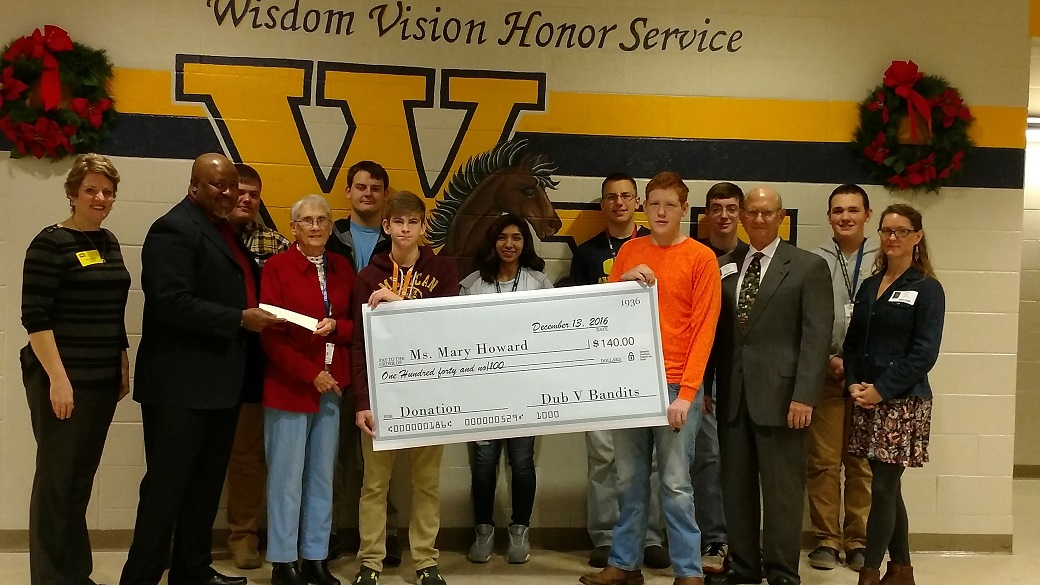 I am very proud of ALL the students in the CADI classes and their dedication.